"Taxonomically Challenging Plant Groups in the New Jersey Pinelands", Gerry Moore Ph.D,  January 23, 2013 Dr. Gerry Moore, the leader of the National Plant Data team for the US Department of Agriculture's Plants Database will speak at the monthly Pinelands Research Series hosted by the New Jersey Pinelands Commission.  The Commission's scientific staff have a wonderful monthly symposia that cover a wide array of Pinelands related scientific topics.  January's topic will be especially of … END_OF_DOCUMENT_TOKEN_TO_BE_REPLACED

By Joe Arsenault It is with deep sadness that I report the passing of Dr. David Fairbrothers.  Dr. Fairbrothers, a life long Rutger University botany professor and resident of NJ, died in his new Vermont home October 29, 2012.  He was 87 years old.   The Flora of New Jersey Project (FNJP) was named by Dr. Fairbrothers.  He was one of the founding members of this small, active group of botanist describing New Jersey's Flora.  David was a teacher and mentor to many, specifically to  most of the … END_OF_DOCUMENT_TOKEN_TO_BE_REPLACED

The last 2012 Flora of New Jersey meeting will be held at 10AM Saturday October 13, 2012  in the Chrysler Herbarium, Douglas College Rutgers University.  Refer to the hyperlink on right side of web page for direction to herbarium. This will be this year's second face to face meeting and provide some time to set next years agenda.  It will also be our time to reflect on 2012 goals and measure of 2012 successes and failures.  For members unable to attend that have comments or suggestion, … END_OF_DOCUMENT_TOKEN_TO_BE_REPLACED 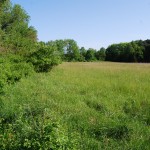 The last of the season FNJP field trip will be held in Burden Hill, Salem County this upcoming Saturday September 8 2012 .  Members of the FNJP have been surveying the flora of this unique forest remnant for years resulting in a flora approaching 500 species.  This year's trip will focus on fall flowering composites, grasses and other species best identified in September.  Interested participants should meet by 10AM at the intersection of Cohansey-Pecks Corner Road and Route 49, Quinton Twp … END_OF_DOCUMENT_TOKEN_TO_BE_REPLACED

Large and destructive storms rolled through Southern New Jersey Friday night and early Saturday morning, primarily south of the Black Horse Pike (NJ Route 322).  These storms toppled trees and smashed cars and houses, cutting power and telephone service to hundreds of thousands of SNJ residents.  At least three SNJ residents lost their lives in this violent storm.  As some local residents say, this storm was more violent and of a longer duration than our "normal" summer thunder storm.  It was … END_OF_DOCUMENT_TOKEN_TO_BE_REPLACED